The Path Towards Healing 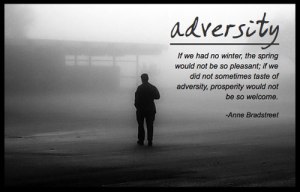 The following post is written by a recent participant in our Healing Path 1 class.

It had been a long time. Though I am only in my late twenties, I have already gone through many of the modern rites of passage into adulthood. I had moved out and lived on my own during my undergraduate studies. I had maintained several stable jobs and provided for myself financially. I had gotten married. So perhaps it should not be a surprise that I no longer hear the question, “so what was it like growing up in your family?” It makes logical sense, yet the absence of such reflections caused me to lose a sense of identity.

So, when I participated in a ten-week program in which I would dig into topics such as the effects of neglect, abuse, codependency, and a variety of other topics deeply rooted in the painful aspects of our upbringing, it was a challenge. A naturally reflective person, taking time to articulate again, for the first time in a long time, what it was like growing up felt different. In fact, my words and feelings were different. When I recounted my frustrations of growing up in a large family with six siblings, always feeling out of place and sometimes deeply depressed, I used to blame my poor relationship with my father. His father was an abusive alcoholic, and so it was easy to understand that he would struggle to father me and even, in some ways, easy to explain the pain of it away. But such explanations did not bring deep healing, only a false sense of closure. Now that I am a little older, I have more life experiences to understand my family more deeply and articulate those experiences. Through the program, I was surprised to hear myself describe my upbringing as one full of neglect for the first time. I was also able to articulate more fully how my father, an authoritarian parent who provided for us but also bullied, belittled, and physically attacked his children, failed to father me and how that caused me years of pain and seeking to figure out my own identity as a man. The path towards healing is a long one, and there are no shortcuts; we were reminded in the program. Though there is much more to share, I will end with this anecdote.

There was once a young man with a terrible upbringing. His mother passed away at a young age, and his father was a harsh man. Instead of valuing his son for who he was, a curious young boy who loved to explore and read, the father bullied and belittled his son for these traits. Instead of allowing him to participate in the activities that he longed for, the father filled his days with hard labor. Though smart, this child never finished high school and so was called “uneducated,” “backward,” and even “a long-legged ape” by those more cultured throughout his life. He seemed to be set up for failure. But God had other plans for this man. Who was he? Abraham Lincoln. I believe that the life of Lincoln and millions of men and women like him does offer a little perspective for me as I reflect on the pains and neglects of growing up. Were they painful? Yes. Do they affect me? Yes. Does it limit what God has for my life? No.