Freedom from My Father’s Abuse

Often, we try to imagine how our healing will come. We hope a prophet of God will call our name out in a conference of 5000 people, and we will be wonderfully healed. Or perhaps we will go to a revival meeting and be “slain in the spirit” never to experience our sin problem again. Who imagines God continuing the process of healing and forgiveness on a fine summer day at a local park? 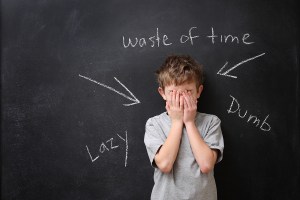 I decided to eat my lunch at a local park to enjoy the sun’s warmth and read a book. Off in the distance, I could hear the voices of young children at play. Tired of the book, I began to watch two young boys take turns hitting a baseball pitched by their father. The older one had no difficulty hitting the ball, but the younger one struggled. The bat was too large for him to control and he swung many times before he finally hit the ball. The joy that came over him was electric, and he ran around imaginary bases and slid into home plate. Time after time, he came up to bat and struggled to hit the ball, but with his older brother’s encouragement and the patience of his father, he succeeded in his attempts to hit the ball.

Even though I delighted in the young boy’s success, I began to cry. Anger welled up within me towards God and my father. I was confused by my feelings’ strength, and my first response was “I’ve already dealt with this father issue in my life” (a typical response I hear from many people). What was this reaction I was having? How was I going to respond to it? Quietly I questioned the Lord, “What is this I’m feeling?” He revealed my anger towards Him for not giving me a father like the father of the two boys. I had watched how, when the youngest son was unable to hit the father’s overhand pitches, the father began to pitch underhand. When that proved unsuccessful, he came closer, getting down on his knees and lightly tossing the ball up so that the youngest son would have the advantage. It was hard for me to relate to such love, patience and mercy. I’d never known or experienced this kind of care from my father.

As I questioned the Lord further, He revealed to me the depth of my anger towards my father because he was unable to model, speak, or give life to me in such a way. You see, when I was at the park with my father, he would throw the ball as hard as he could. If I failed to make contact, he would scream at me to “Choke up on the bat!” Upon further failure, he would spout “You big sissy, don’t be afraid of the ball,” or “You’ll never play professional ball because you stink!” I would then cry, and my father would slap me to make me stop and comment that only sissy’s cry. He would say it in such a way that I felt physically stabbed in my gut. Once we arrived home, he would shame me in front of the whole family at the dinner table. Can you imagine my father at my first Little League baseball game? A part of me wonders; “How the heck did I survive?”

Fortunately, I survived for such a time is this, and believe me, I’ll take healing anyway God wants to give it. That wasn’t always the case because several years ago, I pictured God as a taskmaster, who was full of wrath, without love or mercy. So, feeling I’d be rejected or shamed for seeking His comfort, I turned to the arms of others for that comfort. You get the picture. I was looking for others to give me what God could only provide. Jeremiah 2:13 says, “My people have committed two sins: They have forsaken me, the spring of living water, and have dug their own cisterns, broken cisterns that cannot hold water.” This forsaking God was my sin as I ran from person to person trying to find “living water” in dry, empty, broken vessels. As my pastor would say, “What often appears to be an oasis is just a mirage.”

Through prayer times and sitting quietly before the Lord, He revealed to me where I needed to look for comfort. That comfort would come through a relationship with Him. Although I had a knowledge of God, I didn’t know him. The apostle Paul prays in Ephesians 2:17: “I keep asking that the God of our Lord Jesus Christ, the glorious Father, may give you the spirit of wisdom and revelation, so that you may know him better.” In Ephesians 3:17b-19 Paul once again prays, “And I pray that you, being rooted and established in love, may have power, together with all his saints, to grasp how wide and long and high and deep is the love of Christ, and to know this love that surpasses knowledge-that you may be filled to the measure of all the fullness of God.” When I decided to follow Christ so many years ago, I knew in my heart that I needed Him. What I also needed to learn and to believe was that He loved me. Through many unhealthy, dependent relationships, the one phrase that I could never hear enough was “I love you.” I’m sure this comes out of a history of not being told or shown that I was loved. Love deprivation would be the diagnosis. My healing would come through an intimate relationship with the Lord, and building safe, holy relationships in which my emotional needs would be accepted and loved, not criticized.

The Power of Words

For many years, my father’s words had tremendous power over me. His verbal and emotional abuse misnamed me for years. At the slightest hint of failure, those words would reinforce my belief in me as a failure. Unable to complete things, fearful of failing, I proved my father to be right in his assessment of me. Broken and wounded, I tried for years to soothe my wounds by “performing” for others, including God. But God pursued me. Time after time, He would reveal himself to me as a loving, caring father. Eventually, I began to grasp how wide, long, high and deep was His love for me. He began to satisfy my deep hunger for love and affirmation. Gradually my picture of God changed, and the hateful words my father had spoken over me began to lose their power. I started to live as one redeemed by Christ, no longer under the condemnation of my father’s words. In intimate union with my Heavenly Father, I found healing.

This intimacy didn’t happen overnight, but as I pressed into God, I began to receive God’s love, grace, mercy, forgiveness and best of all, His patience. Apprehending God took intentional commitment on my part. My father’s abuse wounded me emotionally in such a way that I feared what I needed most-love. Not knowing God and being unable to receive His love prevented me from loving others in the right way. I needed to know what love looked like to be an imitator, a reflector of His love, mercy, and kindness. This revelation only came through my developing intimacy with Him.

I realize for many of us, intimacy with God does not come easily. God knows our frustration in our attempts to know Him. Author C.S. Lewis writes “God knows quite well how hard we find it to love Him more than anyone or anything else, and He won’t be angry with us as long as we are trying. And he will help us.” He will help us. He will make a way for us to enter into a deeper place of healing through a deeper relationship with Him.